The Euros are fast approaching and while Nike almost definitely have their England design ready for the tournament, they didn’t tell me that so I’ve gone and wasted my time by making my own.

This is potentially Englands best chance in quite some time to win a trophy, building on the current [I-don’t-know-what-adjective-they’re-using-to-describe-this-generation] generation’s semi-heroics in Russia two years ago and in general, the essence of a good team shining through.

As everyone knows, England’s best performance in recent history – other than in Russia – was during the 1996 European Championship, and since it’s that same competition coming up, with many of the games taking place in England, I thought why not base my kit on theirs? 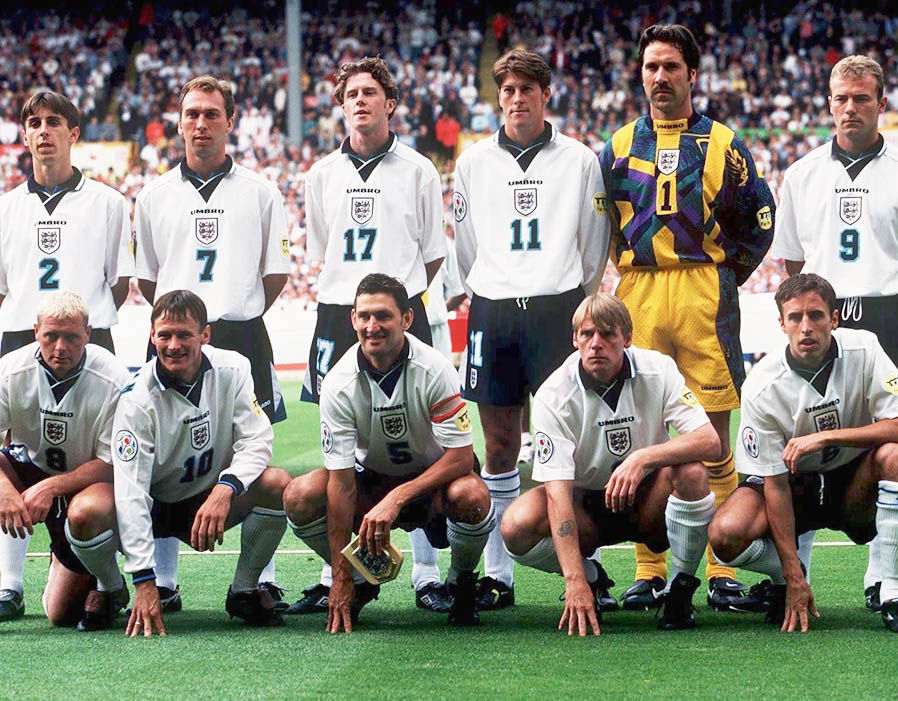 It’s not easy to make a fresh-looking England kit, with everyone seeing to lose their collective shit if it can’t be mistaken for a plain white t-shirt that goes well with jeans these days, but the elegant white shirt with navy details and hints of baby blue had to be replicated.

Here’s what I came up with…

The kit features a mostly plain white shirt with a navy collar and cuffs, finished with electric blue details, which harken back to 24 years ago.

I’ve said it before and I’ll say it again; at the present, I’m not hugely into a polo-esque collar on my football shirts, so I thought a standard crew neck (in navy) with a fabric V beneath it would be the optimum middle ground.

The three lions and their accompanying roses have been taken out of their shield, creating a clean, simple and sleek design, with the World Cup-winners Star remaining gold, as it largely should be.

Finishing off the design is a ventilation panel in the shape of the St George’s Cross, making this less of a rebadged France away kit, and instead one for the England national team to wear proudly.