Woking Football Club are a football club from Woking, which happens to be quite close to me, and also where H.G. Wells’ War of the Worlds was set – or at the least the beginning of it.

I was tempted to make an away kit with some sort of Martian Tripod on it, but that seemed maybe a bit kitsch. I don’t know, I’ll have to see.

Anyway, Woking wear a red and white shirt, parted down the centre, with opposite coloured sleeves on each side. 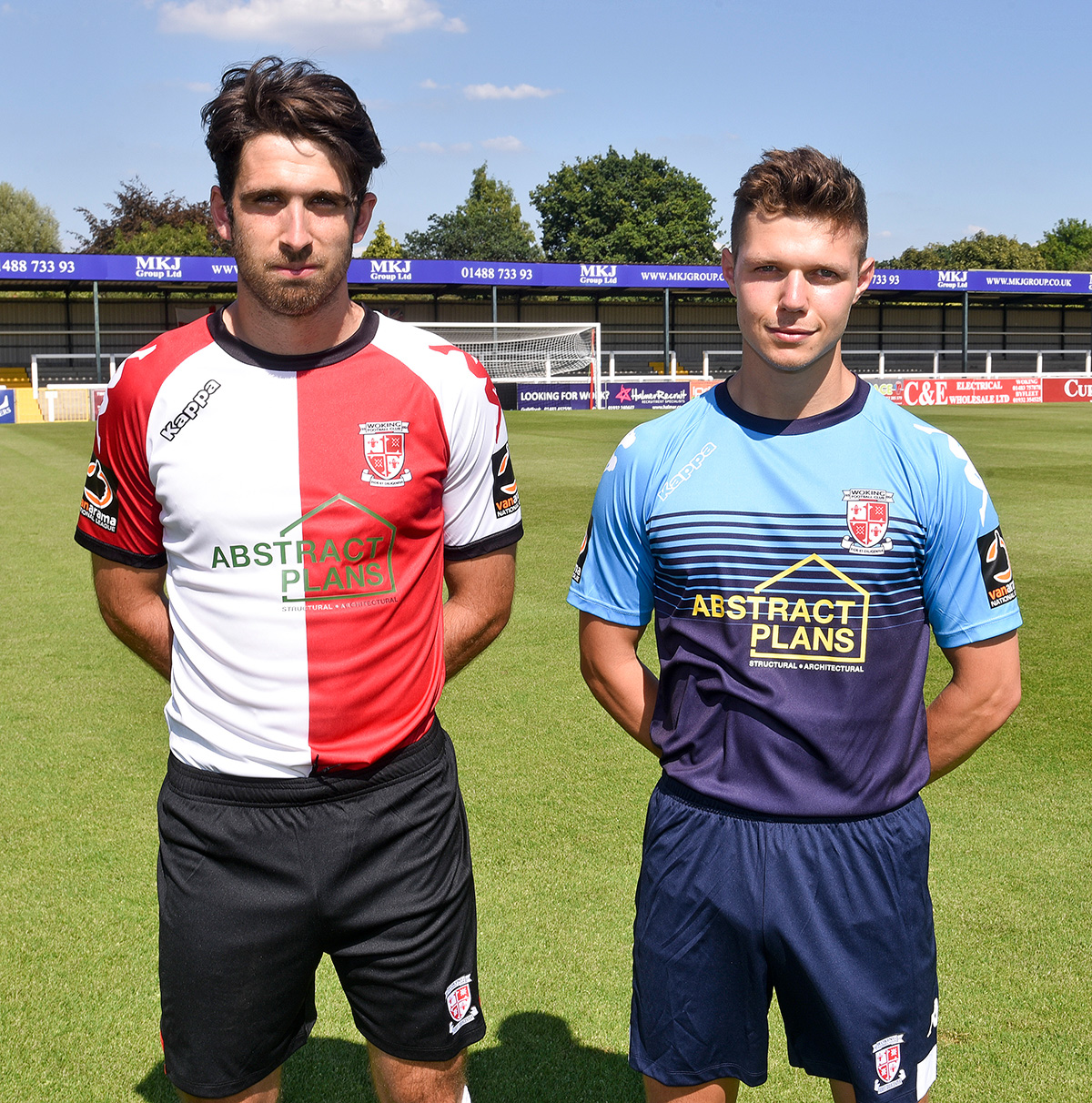 Not bad, but I think the crest on the shorts is on the wrong side, no?

Anyway, here’s the shirt I made.

Just a bit “snazzy,” as my Woking-supporting friend said. The same one who supports Torquay, actually. I’m not too sure how that works.

That version would lead well into black shorts.

I had away with the banners atop and beneath the crest – people know who are playing and in looks cleaner – as well as going for the Kappa logo, rather than it being written out, simply because it’s nicer.