My first Macron kit. 10th Feb will go down in history as a pretty big day, if you don’t mind my saying so.

Nottingham Forest are a team who I really would like to see in the Premier League. I have no interest in West Brom coming back, I think Leeds being in the top flight would be interesting, I’m somewhat fond of Fulham and I like Brentford. That’s where I stand in the Championship race for promotion. Sadly I seldom get a say.

As a team, I quite like Nottingham Forest. Their history interests me, their badge is cool – if not a bit primary school-y – and Carl Jenkinson is there. Great guy.

They even have some cool kits. I’m not huge on zany collars, but the one used for Nottingham’s away shirt sort of flies beneath the radar for me… 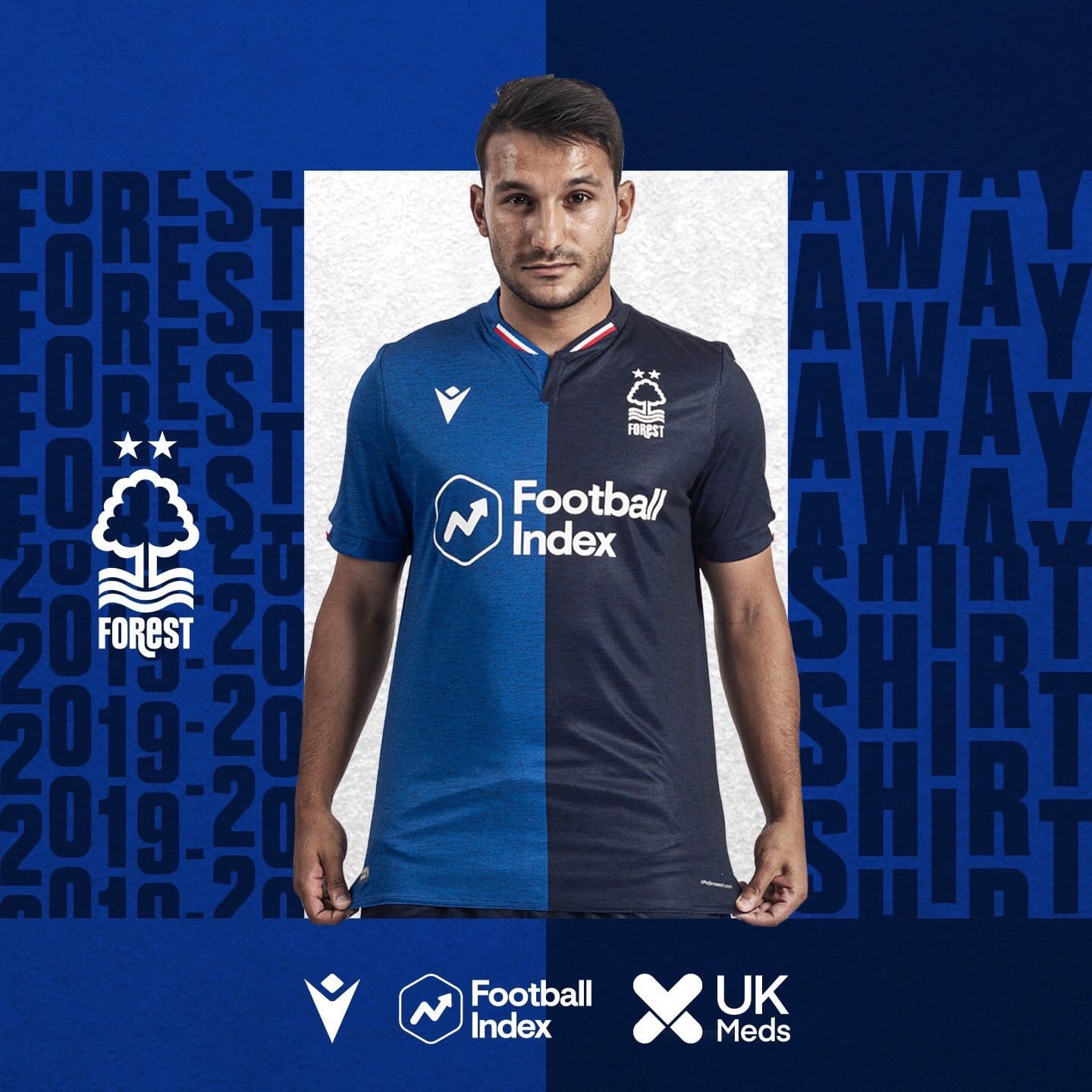 Nonetheless, they won’t be using that in their next season – potentially in the Premier League – so I made them an away shirt that my brother says is “Christmassy”. I disagree.

Nottingham is quite famous for its forest and has even been known to mention it in the name of their football teams.

Sherwood Forest, of course, is famous for Robin Hood, and while I could have done something to do with him, I wanted to go for a more simple pattern, that feeds into my current love for zigzags and chevrons.

It’s not that Christmassy…